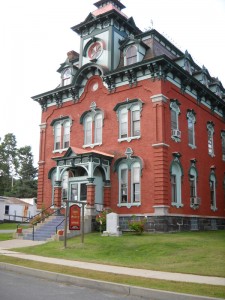 The Village of Port Henry could potentially dissolve on March 31, 2017.

Voters decided in October 2015, by a 190-171 tally, to end their municipality, and a plan that lays out how that could occur is being written now.

The plan is only advisory to the Town of Moriah, which would assume village assets and many of its responsibilities.

Scozzafava said the plan group is comprised of himself, Village Deputy Mayor Matthew Brassard and the village’s consultant, the Laberge Group of Albany.

“(It was) very educational for me,” Scozzafava said. “The earliest the village would dissolve would be March 31, 2017, set in the plan if the village agrees to it. The main reason is budgeting. They are on a June 1 budget; we (the town) are on a calendar year budget.”

Brassard said the meetings are wrapping up.

“Laberge will now be working on putting the plan on paper,” he said by email.

Scozzafava said the Village Board decided a small group would be better than appointing a large committee to prepare the dissolution plan.

The plan group discussed fire protection, he said, since the Port Henry Volunteer Fire Department is owned by the village and would also dissolve.

“When the village dissolves, the Fire Department would have to go away,” Scozzafava said. “The village could not turn the equipment over to that department.

“It was decided after looking at various options, we were going forward with forming a new fire district in the town.”

That taxing fire district would include the former village and the outlying area in the town that the village covers.

He said it might be cheaper because the costs would be spread out.

“We also discussed in the future forming one town-wide fire district. You’d still have three companies, but everybody’d pay the same rate.”

He said that makes the most sense. Moriah has two fire departments now: Moriah and Mineville-Witherbee.

Brassard said when the plan is ready, a public hearing will be held.

“At the hearing, the plan will be gone over, explaining when (and) what will happen. After that public hearing, the public has the chance to petition that plan and hold a vote on the plan.”

Scozzafava said if residents petition for a vote on the plan and it goes to a vote that rejects it, the village wouldn’t dissolve, but another dissolution vote could immediately be petitioned.

A four-year waiting period to file a dissolution petition only applies if the original vote is against dissolving. Rejection of the plan, if a vote is petitioned, does not trigger a waiting period, according to state law.

That new petition would start the process all over, Scozzafava said, and probably delay the inevitable.

“At some point, the village is going to be dissolved. You have to get things in order. We’re going to do this in the best interests of our constituents.

“It’s a daunting task we have ahead of us.”