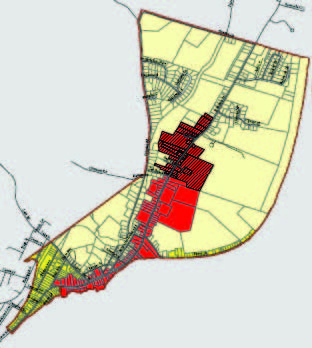 The Village of Stillwater, located in Saratoga County, retained Laberge Group to assist the Zoning Commission in the creation of the Village’s first Zoning Law and Official Zoning Map. The goals and recommendations of the Village’s existing Comprehensive Plan provided a strong foundation in the development of the regulations.

The Village of Stillwater’s first Zoning Law consisted of regulations in both written and mapped format. The Village adopted four (4) zoning districts, including a Residential 1 (R-1) District, a Residential 2 (R-2) District, a Business (B) District, and a Residential 1 Overlay (O) District. The Law included additional supplemental regulations, including but not limited to home occupations, off-street parking, landscaping, and site plan requirements. As part of the zoning process, an Official Zoning Map was created to reflect the physical boundaries of the proposed four (4) zoning districts.