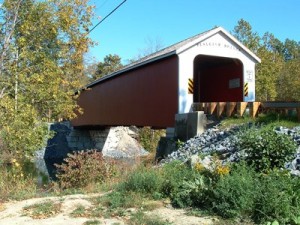 Upon holding the Referendum vote, the Village of Salem voted to dissolve and the Laberge Group proceeded to develop a Dissolution Plan that met the needs of both the Village and Town of Salem. Laberge Group provided guidance through a series of work sessions which focused on fiscal and non-fiscal issues; identified the services currently performed by the Village that will be continued to be provided by the Town and the services that will be terminated; the various mechanisms to continue and finance desired services; the future of existing Village employees; and the overall potential fiscal impact of dissolution on Village and Town taxpayers. The Dissolution Plan addressed the creation of special districts by the Town, such as a new water district to continue municipal water service to former Village residents currently served by water. Additionally, Laberge Group identified Village laws that would need to be adopted or repealed by the Town of Salem. One unique law is the Village of Salem’s zoning law which will need to be amended and adopted by the Town for the former Village area; however the Town of Salem currently does not have any adopted zoning regulations. Laberge Group was instrumental as a planning and engineering firm in identifying implementable solutions for Salem.