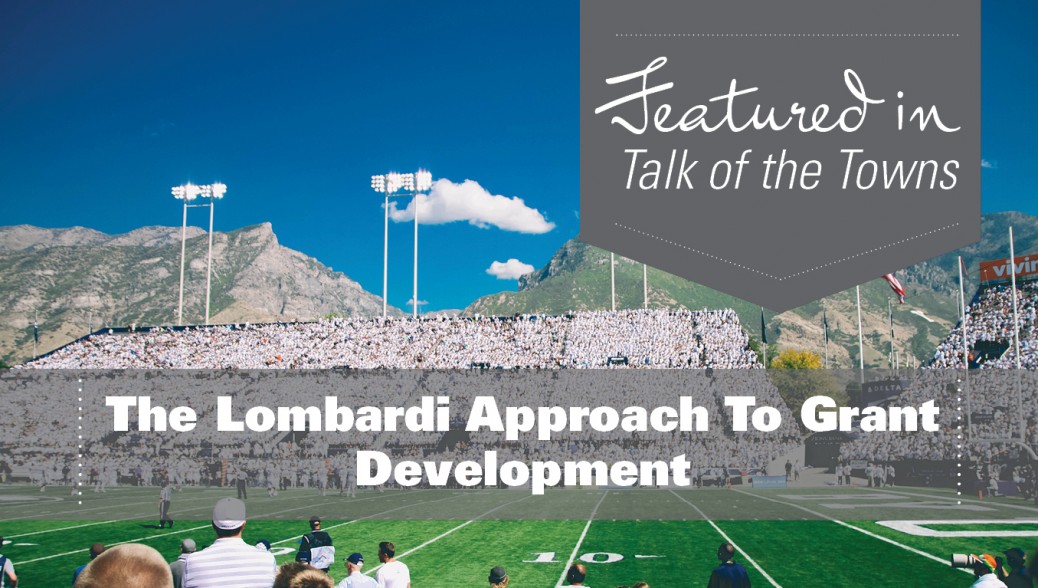 The 2014 Olympic Games are about to begin, and these athletes have been training for years to be ready for this monumental event. There are no excuses for not being ready; there is no one to blame … no one to shoulder that responsibility but the athlete.

For the past three years, the “grant game” in New York State has become an annual event now known as the Consolidated Funding Application (CFA). Through this new CFA process, the governor has typically announced the availability of funds in late spring, set the grant deadline for mid-summer and announced the funding awards in December. Right now, many communities have the opinion that we are in the “grants off-season.” Or … are we?

While grant writing may not be a sport, it is a competition, and there are communities and projects that “win” and others that “lose.” In today’s society, the preferred tags are “those that are funded” and “those that did not secure funding.” Whether you believe that grant writing is a sport, there are many linkages that can be made to – and lessons that can be learned from – the ways an athlete often approaches his or her craft. Communities should be proactively thinking of this time as the training season for the next great grant event in order to prepare all of their applications.

The off-season is a time to reflect on your community’s vision and goals and plan for action before the season begins. Like athletes, communities should use the off-season to strengthen areas of weakness and shore up game plans to be competitive when the season begins. Right now, in terms of grants, New York State municipalities can choose to relax and wait until the gun goes off to compete for funds, or they can use the off-season to review their community’s goals, prioritize projects, identify the grant needs and partnerships for each project and develop project “If you’re early, you’re on time.

2014 Grant Guide folders to be ready for action. Then, when the grants are announced, they can plow straight-ahead toward victory.  How can a community best prepare for the upcoming grant writing season? There isn’t a golden rule that can apply to every community or every grant.  Resources are often limited, and all municipal employees are being asked to do more with less. However, there are a few things that a community can do to maximize the off-season and to get ready for the next round of grants.

Read more about the Lombardi Approach to Grant Writing